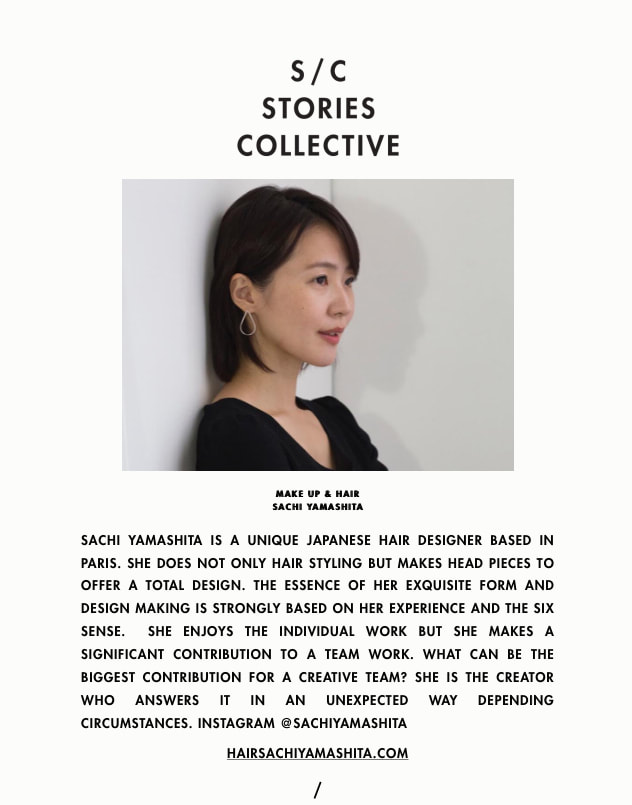 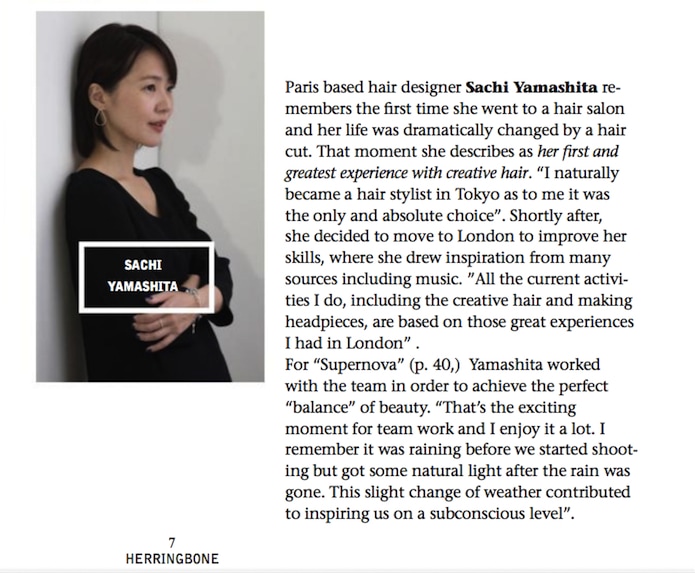 In 2003, She moved to London and started working as a hairstylist in a hair salon, while she studied Art.
In 2006, She moved back to Tokyo and held an exhibition at CHUBBY gallery "CHUBBY" to show her illustrations.
​chubby.bz/category/chubby-news/chubby-news-exhibition
In 2015, She moved to Paris and became an assistant of Christian Eberhart Paris-based acclaimed hair stylist, Shortly after She started her own shootings for magazines such as Purple Magazine, Vogue, Numero.
In 2018, She became one of the representative artist at "Saint-German Agency" based in Paris.
www.asgparis.com/artist/sachi-yamashita/
In 2019, She held an exhibition at Artefact (Paris) to show her headpieces and illustrations.
artefact-marais.com/project-space/